How a Diaspora Organization is Participating in Local Development.

The Basse Association, Inc. recently donated medical supplies, which included drugs, beds and other essential items, to the Basse Health Center. This was the second time in the last two years that the Diaspora organization has been lending support to the health center. 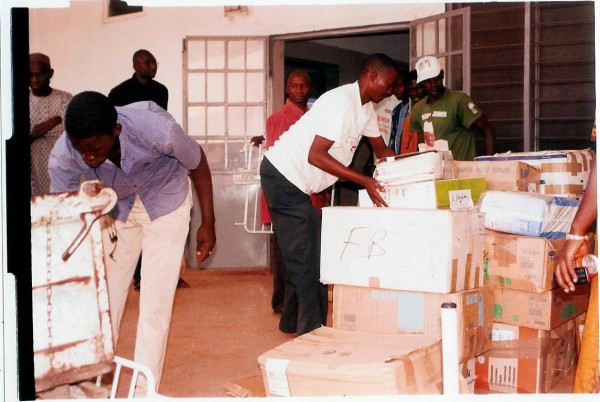 Unloading the medical supplies at the Basse Health Center

The handing over ceremony at the Basse Health Center was attended by a cross-section of the Basse community including the URR Governor Alh. Omar Khan, Basse Area Councillor Aja Mariama Jaw and Upper River Division Regional Health Director Baba Jeng. "It was a successful event ... we started at Koba Kunda with drums and Kankurangs walking along the streets up to the health center grounds," recalls Basse Association fundraising officer Alhaji Saibo Drammeh, who facilitated the transportation of the medical supplies from Germany to Basse.

Following the presentation, Mr. Drammeh and his Basse Association colleague US-based Wuyeh Yorro Sanyang and Basse residents Michael Hamadi Secka and Modou "Kuto" Jaiteh took part in a panel discussion on Radio Basse to sensitize the people on the goals and activities of the Basse Association and on other matters pertaining to community development. "We informed the community in the various local lanaguages about the delivery of the supplies to the health center and we also urged the residents to become part of the Basse Association, to be more involved, to let them know that the BA was theirs, it wasn't just a Diaspora thing," Mr. Sanyang reported. A town hall meeting at the Basse Community Center also took place to further engage the residents of the town and the environs. 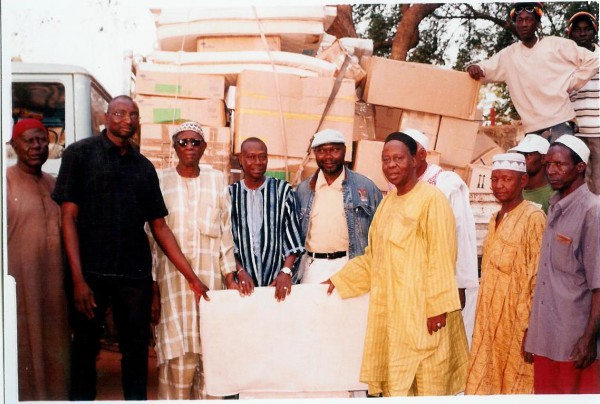 The Basse Association (BA) is a Diaspora organization with members coming from various parts of the world. Formed about three years ago, the BA has been working relentlessly to harness the talents and resources of Basserians and friends of the eastern town to help contribute to development in the area. Over the last three years, the BA has financed various projects ranging from rehabilitating the Basse Central mosque, to sponsoring needy kids in the three primary schools in Basse. The BA has also given some facilitatory support in the area of sports development.

On what has been the role of the Basse Association, President Alh. Mamadou Sellou Jallow said his association had been working to bring some development in Basse. "There is some difference to be made no matter small," he said, adding, "I believe the BA is trying to brigde the gap between the Basserians in the Diaspora and the folks back home."

The Basse Association mainly derives its income from member contributions which go into effect at the beginning of each year. "Despite the limited resources," Mr. Jallow stated,"we have proved that we can share the little we have with our folks back home. It gives a good feeling when one gives back after having received so much."

Mr. Jallow said it was his hope to make his association more relevant to the people of Basse and to create more opportunities in the area. "The biggest ambition of the BA is to have a modern library built in Basse accessible to all," he revealed. 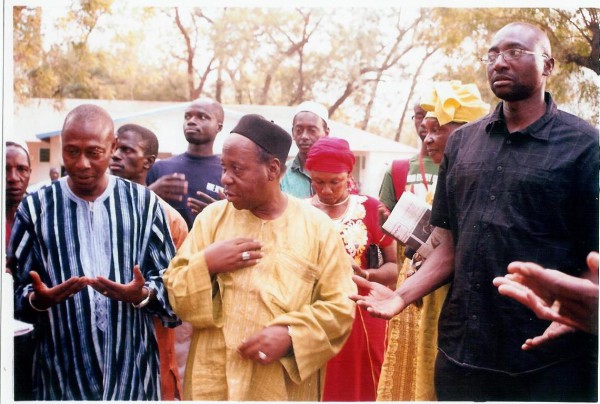 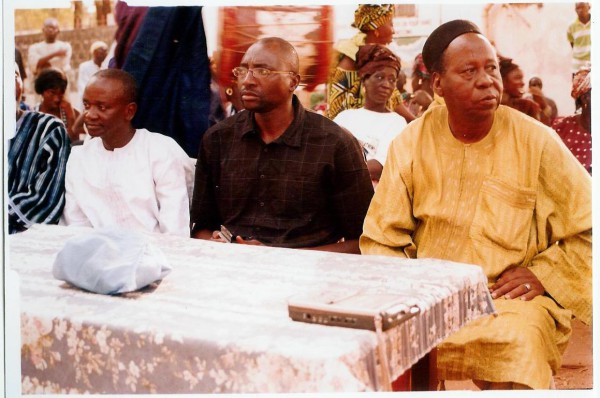 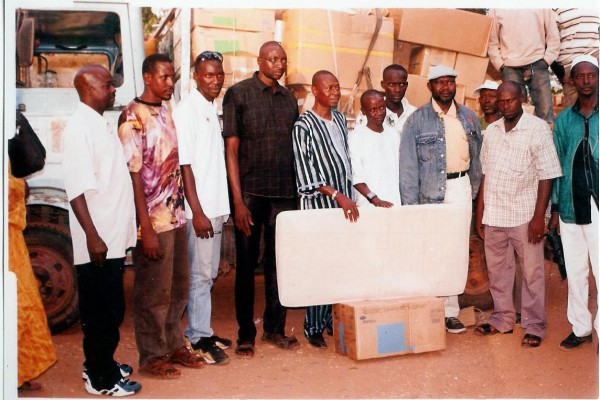 At the Presentation, the Community Turned Out - Big!

Written by My Basse Staff

For general inquiries, please email the Editorial Board: