Friends of Basse > Reflections/The Sun Rises on a New Year 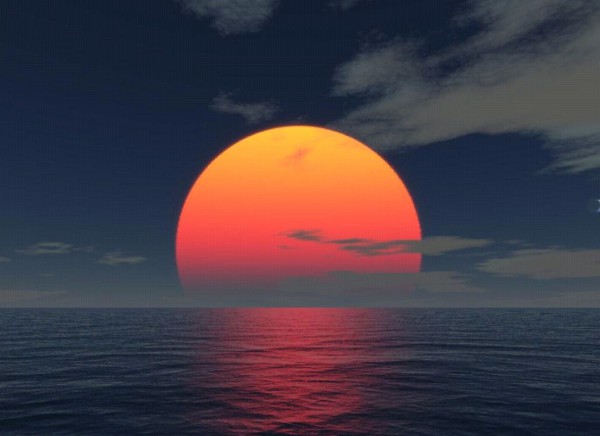 There wasn't much to cheer for 2011 and the last 11 years. Wars, natural calamities and a global economic meltdown shuttered hopes and provided little optimism for the future.

Out with the old and in with the new. The year 2011 was an offspring of a century that came into being against the backdrop of global hysteria. Remember the year 2000 when the Y2K scare was all the rage? Computers were supposed to malfunction. World business was going to implode. Human civilization was going to suffer. Worries, from Basse to Seoul, New York to Jakarta, ran amoke. But whether it was because of preparation or that the Y2K scare simply turned out to be a false one, nothing happened. The apocalypse never came. And the world simply moved on.

Perhaps, the pent-up anxieties about the so-called Millennium bug, at the dawn of the century, had some warning signs for us: it was going to be a rough-and-tumble start. Indeed, the 21st century began on a somber note. In Africa, yet another leader in Congo’s Laurent Desire Kabila, got assassinated. Elsewhere, Mother Nature wreaked havoc, and exacted human misery. On a gargantuan scale. Earthquakes hit El Salvador, and then in Gujurat, India, killing about 20, 000 people. More natural calamities were to follow in the subsequent years: earthquakes in Chile and Haiti; Hurricane Katrina in the United States and the tsunami in Japan. If these calamities had a sub-regional identity and a less-than-total world concern about them, the events of September 11, 2001 did not.

America came under attack. Terrorists, operating in the name of Islam, flew planes into buildings, killing thousands and disrupting political and economic livelihoods. Architecture suffered, too. The World Trade Center’s twin towers, exotic for their picturesque, commanding altitudes, came tumbling down, reduced to rubble and ash heaps. The world mourned with America. And a wounded and humiliated America went to war – against the Taliban and Al Qaeda. Thus began the “war on terror.”

The events of September 11 gave us the debacles of Afghanistan and Iraq. Thousands of Americans and Iraqis and Afghans perished.  A lot of treasuries underwent acute depletions. And we continue to suffer the consequences, ranging from an incessant worry about flying to an encroachment against our freedoms and liberties. Time was, when hijackers first rattled the world over 30 years ago, airports had passengers searched and luggage X-rayed. Now passengers not only get searched but get scanned as well – their privacy subjected to coercive examination by a machine supervised by a human. The inconveniences at the airports, although necessitated by the protection of one’s and of the public’s, good, have created a sense of powerlessness. And this powerlessness will continue, for the West’s fight against “terrorr" will continue to impinge on privacy and individualism.

Talking about powerlessness and in juxtaposition with apprehension, we witnessed a financial meltdown that rocked the world economy and further jolted a world already reeling from the aftermath of September 11. The global economic system went into a tailspin. The giant American financial services firm Lehman Brothers went under, sending shockwaves around the world. More financial companies collapsed. Thousands of jobs in America and around the world disappeared. News reports showed footages of workers in financial districts in America and around the world, watching, with mouths agape, at screens displaying wild gyrations of the stock market. It seemed as if the world’s lights were about to go out. The credit crunch squeezed national economies and pulverized individual incomes. Gambians, like many other nationalities around the world, felt the scorching effects of a global economic meltdown that showed no signs of easing.

The last 11 years, with the exception of a few bright spots, say, in technological innovation, in the historical significance of the election of the first African-American US President Barack Obama, didn’t give the world much to celebrate and savor. Gloom and uncertainty ran rampant. The Arab Spring didn’t help much, with its internecine battles and bloodletting and the tragic possibility of nations breaking apart and not knowing how to emerge better than they had been before the visitation of war and destruction.

2011 went away, perhaps with the world saying, ‘good riddance!’ There was some noticeable feeling about the-just ended year and its predecessors that expressed a sense of futility about matters: that they were far from OK; and that the horizons were too distant to bring clarity to any optimism about the future. It will be the challenge for 2012 to take a detour from the past and provide some comfort in these troubling times.

The writer is a member of the Basse Association. He lives in Southfield, Michigan, USA.