The Chronicles of Two Senegambian Slaves 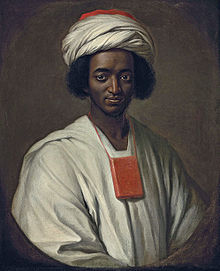 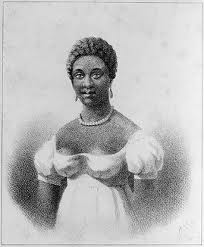 Their stories are similar although not identical. Both Ayuba Suleiman Diallo (Job Ben Solomon) and Phyllis Wheatley were born in the Senegambia region and sold into slavery. Some accounts say Ms. Wheatley was a Fula girl and came from The Gambia. Some say Senegal. The two slaves arrived in America at different times: 1761 for Wheatley; she was sold in Boston, Massachusets. And 1731 for Diallo; he was sold in Annapolis, Maryland, the same place Kunta Kinteh's transaction took place.

Diallo, the records show, was born in Bondou, Senegal, to a prominent Fula family. His father was a king. At the behest of his father, Diallo had traveled to The Gambia to sell two slaves, but unable to sell them off, he exchanged them for cows with the locals of the area along the Gambia River. On his way home to Bondou, Diallo was captured and sold into slavery. He convinced the captain of the slave ship that he was a prince and that his father would pay for his release from captivity. But a response from his father didn't come in time enough for the impatient slavers. They set sail to the Americas with Diallo on board.

While in America, Diallo was left to look after the cattle after he was found ill-fit for work in the tobacco fields and for other labor-intensive duties. Diallo was always seen praying; he could read the Quran and write the Arabic language. He had a pocket-size Quranic book twirled round his neck, which was seen on him wherever he went. His mastery of written Arabic confounded his slave masters including an attorney who wrote of Diallo: "Upon our Talking and making Signs to him, he wrote a Line or two before us, and when he read it, pronounced the Words Allah and Mahommed; by which, and his refusing a Glass of Wine we offered him, we perceived he was a Mahometan, but could not imagine of what Country he was, or how he got thither; for by his affable Carriage, and the easy Composure of his Countenance, we could perceive he was no common Slave."

Diallo's story made the rounds in America. He became a celebrity. He attracted attention and met with important personalities who marveled at his status. He spent less than three years in slavery. He traveled to England, and met with a cross-section of British society. He  "mixed with aristocrats such as the Dukes of Portland and Montagu. He translated Arabic manuscripts and made transcriptions of the Quran." An oil-painting photo of him, taken by the British painter William Hoare, appeared in the Gentleman's magazine  in 1750. Diallo was said to be difficult during the time his engraving was being done. He couldn't countenance the idea of sitting for a painting. He cited the potential for his photo to be worshipped, something contrary to his Islamic teachings. He was finally convinced out of his unwillingness.

From England, Diallo would travel home, first to The Gambia, where he worked for the Royal African Company. Stories on his stay in The Gambia are varied. Some say he stayed in The Gambia as his native Bondou was still engulfed in intercenine battles during the slave wars. Some say he would later return to Bondou, and went back into the business of slavery.

Accounts are agreed that Diallo mainly came out of slavery because of his literacy and "special" status. His is one of the few cases where slaves did indeed return home to Africa. America never became a permanent home.

But for Phyllis Wheatley, America was home - for eternity. She came as a young slave, probably seven or eight years old, barely with any clothes onboard the ship. She was of a slender physique, some accounts put it. Her masters, the Wheatleys, nurtured her up in reading and writing. She could read English and Latin at an early age. She became a well-known poet early in her teens. Doubts on the part of the white colonists about Wheatley's erudite mind, and especially for an African slave, would force Wheatley to defend her poetry in front of many literary groups. In 1774, Wheatley published Poems on Various Subjects, and for which, she, according to the Harvard University scholar Henry Louis Gates, "became the most famous African on the face of the earth."

Like Ayuba Suleiman Diallo, Wheatley's popularity and intelligence led her out of slavery. She traveled to England to spread her poetry. On slavery, she wrote that whites cannot "hope to find/Deivine acceptance with th' Almighty mind" when "they disgrace/And hold in bondage Afric's blameless race."

Wheatley is said to be the the first African-American poet.