The Main Entrance to the Basse Central Mosque

The Basse Association Inc. (BA) is glad to announce the completion of one of their major projects, the tiling of the central mosque roof-top. It can be recalled that over the years, the mosque sustained some structural compromise that lead to water leakage from the roof-top into the building during the rainy season. Due to this serious safety concern, BA took on the task to tile the mosque’s roof top to stop the water leak. With the help of Basse citizens, friends of Basse and the generous support from the Diyanet Mosque Committee in Holland, funds were raised to address this huge safety concern. Below is a short history of the Basse central mosque up the current roof-top tiling project.

The reconstruction of the Basse central mosque came about in the 1970's. The bulk part of the mosque project was sponsored by the late Alh. Momodou Musa Njie, a native of Basse. This philanthropic project began with a collective participation from the local community. The mosque contractor, Mr. Pa Saye, a native of Senegal, long time resident of Basse was awarded the contract and with the help of regular volunteers from the community, Basse finally expanded its central mosque; a few blocks from the central markets and the town's main Church. 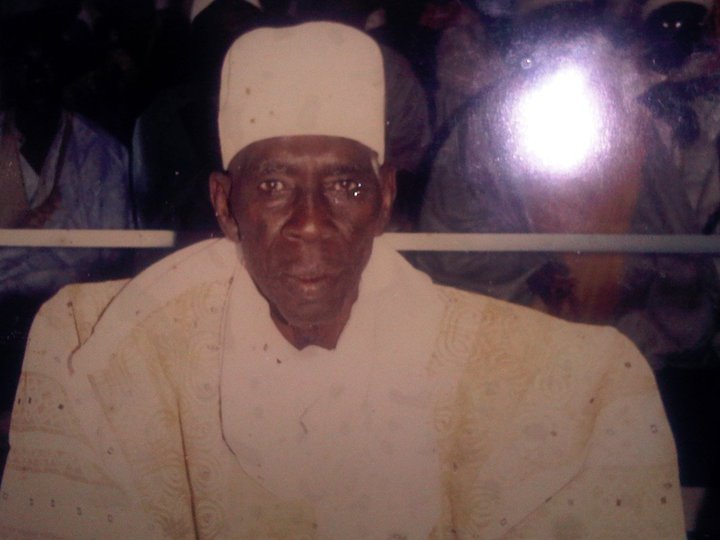 The Late Alh. Momodou Musa Njie, a native of Basse

Since the completion of the mosque, the Njie family with the support of the Cham family, Alh. Kaw Yero to be specific and other prominent local community members took on the task of maintaining the grounds. Through out the years, prominent philanthropist and the local community helped maintain the building. Until recently about a year ago, the president, Alh. Yahya Jammeh donated the sum of D313, 000.00 to renovate the mosque. After the renovation, it was discovered that the structure was beginning to compromise from water leakage coming from the roof-top. After numerous consultations, building experts came to the conclusion that tiling the roof-top was the best and safest way to stop the water leak.

Since it’s inception in 2009, one of the focuses for the association was to rehabilitate the central mosque. Due to the lack of financial strength and the young age of the association, other smaller projects like the “Ablution center project”, The annual scholarship program, Naweetan football and the Basse Health Center project were taken on. Whiles working on these projects, the executive committee kept looking into ways to fund this huge project. A breakthrough came when the president of the association, Alh. Sellou Jallow now residing in Holland received support from his local mosque, the Diyanet Mosque Committee in Holland. Donations were also solicited from BA member to help fund the project. With the rainy seasons fast approaching, BA was able to raise the D128,700.00 needed to complete this project within a three weeks span.

Construction begins on the roof-top

It must be mentioned that no amount of funds could have completed this huge project without the dedications of our project manager Mr. Dawda Sankarey. As the BA project manager on the ground, Mr. Sankarey has been very instrumental in helping BA accomplish its goals on the ground. It will also be only fair to recognize the following people for their support, Alh. Modi Yaya Jallow, Alh. Kaw Yero Cham and Alh. Nasiru Barry for their diligent support and leadership in guiding Mr. Sankarey. Mr Wuyeh Yorro Sanyang and Ousainou Krubally for helping coordinate the donation collection for the US and European Union respectively.

Speaking during the ceremony Alhagie Kaw Yero cham, stated that it is with a deep sense of appreciation that he express his gratitude for the wonderful contribution from the Basse Association Inc. towards the successful tiling of the central mosque’s roof top. He added “The effective and efficient manner you dedicated your time and resources to ensure a successful event have emboldened my conviction to count on you for any future collaboration and cooperation. The donation came at a time when the Mosque needed an urgent rehabilitation”.

In closing, he congratulated and thanked the BA for this great gesture, and hope that we will continue to work in improving the standard of the Basse Central Mosque and the community as a whole. He urged all the elders of the community to join BA and encourage their sons and daughters in the Diaspora to follow suit. He said supporting the mosque means propagating Islam and fighting in the course of Allah.

In his part the Alkalo Alhagie Nasiru Barry said on behalf of the entire Muslims within and around Basse and on his own behalf, he would like to express his sincere gratitude to the Basse Association and Diyanet Mosque Committee in Holland for funding the Mosque project. The Alkalo added that BA had also constructed an ablution center for the Mosque last year.

Alh. Nasiru Barry thanked the BA project manager for his dedication, hard work and untiring efforts in ensuring that the project was fully implemented.

Accountability, Transparency and Effective Communication is the key to success … 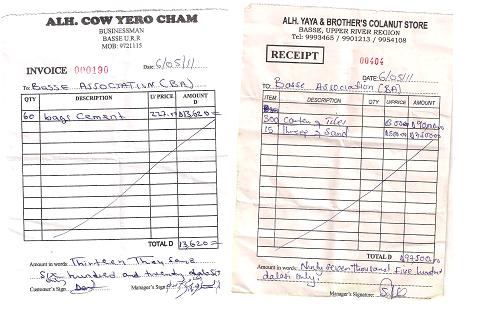 In conclusion, the BA project manager stated that Basse does have the human resource and potential to effectively contribute to the development of Basse. Generally, he said, the Mosque project was a great success. He concluded by extending his sincere appreciation to the Diyanet Mosque Committee and the Basse Association for helping continuing to maintain the Basse Central mosque. He encourages and invites all Basserians and friends or Basse to join this worthy cause. "Collectively We can Make a Difference" he added.